Comment: We travel by coach and van to get to the starting point of the Coast to Coast cycle route, Whitehaven.

Whitehaven is a Georgian town, situated on the west coast of Cumbria, was one of the first post-renaissance planned towns in the country. Built on shipping and mining, both industries have now declined, but Whitehaven is never-the-less an attractive town and is one of the 40 Gem Towns in England.

Whitehaven was the last place in Britain to be attacked by American naval forces. On 23rd April 1778 during the American War of Independence, John Paul Jones arrived in Britain with the intention of setting the whole merchant fleet on fire. The alarm was raised, and he retreated forthwith. 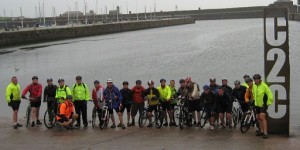 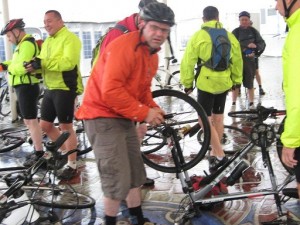