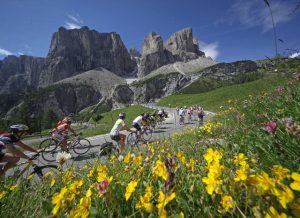 Well we woke this morning to low cloud, thunder and heavy rain so we’re cabined up hoping to get out later this afternoon.

Either way I’d have been grounded as all the roads around Arabba are closed! Today is the Sella Ronda bike day where all the nearby passes are closed to all traffic except cyclists.

We didn’t know about this and it’s a good job we weren’t moving on to the next location!

Anyway we have a plan. We’re going to do the Sella Ronda route later when the roads re-open. Only we won’t be taking all day… we set off at 5pm and Coxy reckons we’ll be back by 8! We’ll see… 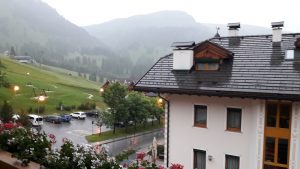 Cabined up in Arabba